TSM is off to the premiere Two Stroke Motocross event in the NW. Check back and follow us on social media for updates!

And the winner of the 2018 Holeshot Challenge is...

Beta steps into the gap left by KTM more_>

Looks like Beta is going after the 200cc off-road market segment that KTM used to have.

Since it was clearly the highlight of last years race I guess they decided to go all in this year!

"Four piston strokes. Electronic Fuel Injection. Slim headers without an expansion chamber. Sleek, non-clunky, space-age plastics. This is a list of things you won’t see at the 2018 Red Bull Straight Rhythm. And when the event returns to Fairplex in Pomona on October 20, you’ll hear it coming. From, like, miles away. Because there will be only two-strokes racing. Ring-a-ding-ding. That’s right, the event will step back in time to an era where gear sets were mostly pink, Fresno was smooth and a nac nac was totally rad (kind of still is). Riders will leave their fancy factory four-strokes at home and will run what they brung as they tackle the ½-mile-long straight rhythm track on nothing but two-smoke power. Get the Details Here."

We don't know much about this yet, but we do know a dealer so stay tuned for more info.

Is this the begining of the return of the two stroke to mainstream?  We can hope!

MX Sports Pro Racing has created the 125 All Star Series to bring 125cc 2-Stroke racing back to seven Lucas Oil Pro Motocross Nationals in 2018! Hangtown, Thunder Valley and Washougal in the west, plus High Point, The Wick and Budds Creek in the east, will all host rounds with a showdown at the Ironman finale.

The 125 All Star Series is open to current production-based 125cc 2-stroke machines, as well as non-current production models from the final three years of production for manufacturers that no longer produce 125cc models. To be eligible to compete riders must be a minimum 16 years of age, with an AMA skill classification of “B” or higher. Current and former AMA Pro Motocross-licensed riders are eligible to compete, so long as they are not participating in the professional classes at that event.

See all the details here: 125 All Star Series

On Thursday's Fly Racing Moto60 show Steve Mathe's guest David Pingree reveiled that there will be a three round "Tripple Crown" 125 dream race as half time entertainment at select Nationals this year.

According do Pingree the Glen Helen, Thunder Valley and Washougal rounds will host exhibition rounds of the 125 Dream Race.

Having been at Washougal last year for this event I can tell you that a full 40 rider gate of 125's sounded amazing and was a big hit with the spectators.

It's official, KTM will be adding EFI to thier off-road line two strokes for 2018. 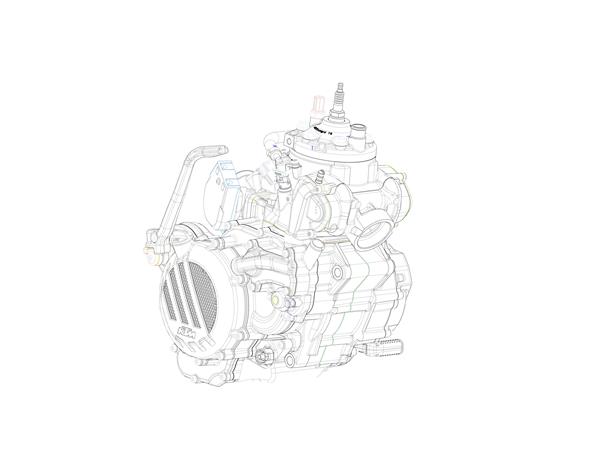